In this role, Dr. Gecsi will work with the department chair and the executive medical director of Community Physicians (CP) to advance care delivery redesign in existing and new sites of care. She also will support positive and collaborative relationships with department and CP care teams, hospital leadership, and the Froedtert & MCW (F&MCW) primary care delivery system. 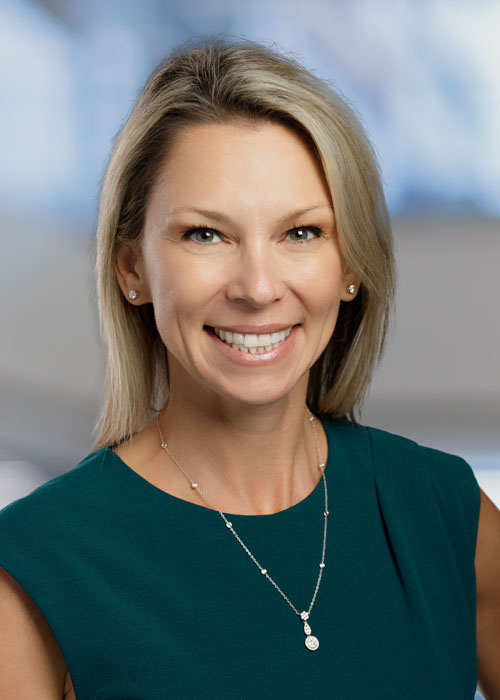 Dr. Gecsi is regionally known for her excellent patient care and expertise in general obstetrics and gynecology. She was instrumental in creating many of the clinical care quality guidelines for the department of OBGYN and the UH system, such as chairing the labor guidelines committee and developing system-wide guidelines for cervical cancer screening. Her clinical expertise led to the development of a dedicated colposcopy clinic that elevated care for the underserved population which it served, led to improvements in resident education in lower genital tract disease and spurred several research projects.

In 2017, Dr. Gecsi decided to primarily focus her clinical work in gynecologic surgery and joined the minimally invasive gynecologic surgery (MIGS) division and helped establish the UH Endometriosis Center. Recently, she was awarded a special focus designation in MIGS by the American Board of Obstetrics and Gynecology. She has written several chapters in textbooks and is a cover editor for a textbook on surgical gynecology to be published this Fall.

In June 2021, she was selected to sit on the American Congress of Obstetrics and Gynecology (ACOG) expert panel that will develop educational materials on the early detection and prevention of ovarian cancer. She currently is on the Board of Directors for Society of Academic Specialists in General Obstetrics and Gynecology (SASCOG) and serves on their Executive Committee.

Education and educational scholarship are a main tenet of Dr. Gecsi’s academic career. In addition to her educational leadership roles, Dr. Gecsi has developed several curriculum and educational initiatives for medical students, residents, advanced practice providers, nurses, and faculty. Her educational projects have led to invited national and international talks, peer reviewed scholarship awards, research publications, and interdepartmental collaboration. As an active member of the educational community at UH, she was a member of many GME subcommittees and medical school committees.

A member of the Academy of Scholars at Case Western Reserve University, Dr. Gecsi was recognized for her excellence in teaching amongst faculty not just at UH, but also Cleveland Clinic and MetroHealth. Most notably, in 2018, she was named University Hospitals Educator of the Year. Nationally, she sits on the assessment committee at the American Society for Colposcopy and Cervical Pathology and participated in the Association of Professors of Gynecology and Obstetrics Scholars and Leaders program. She has developed regional and national educational programs, most notably at the ACOG national meeting and through her work on the SASCOG Program Committee.

At the National Board of Medical Examiners, Dr. Gecsi sat on the Step 2CS case development committee, the interdisciplinary test committee and the Step 3 standards setting committee. Dr. Gecsi has been frequently sought out as a mentor and has provided career and research mentorship to numerous students and residents. She has received numerous educator awards including the University Hospital Physician Services Educator of the year in 2018 and the Case Western Scholarship in Teaching Award in 2019.

Her research efforts have focused in several different areas. Many educational projects have led to oral and poster presentations as well as invited talks. Her interest in diversity and inclusion, specifically in graduate medical education, resulted in a publication and national presentations. Her clinical research has focused on the management of lower genital tract disease and more recently several studies on endometriosis which are currently ongoing at her prior institution. She has been called upon for several national media pieces on HPV vaccine, pregnancy health and contraception.

Please join us as we discuss how groups can successfully navigate collective trauma with the COVID-19 pandemic as a model. It is how we cultivate resilience as a group, foster communication and individually and collectively recover and grow that determines whether an initial trauma will...
View Calendar