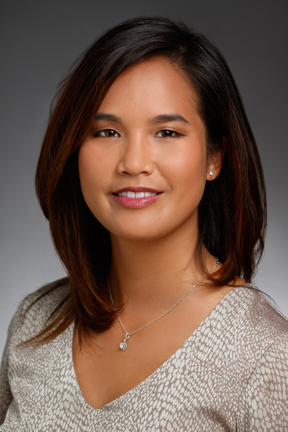 Carissa Aboubakare, WHNP-BC, has joined the Department of Obstetrics and Gynecology on October 2, 2017. She grew up in Orange, California, but ventured out east to Providence, Rhode Island to pursue a Bachelor of Science in Cognitive Neuroscience at Brown University. She then moved to Cleveland, OH to obtain a Master of Nursing at Case Western Reserve University to become a registered nurse. While working as a registered nurse in Chicago, IL, she completed her Master of Science of Nursing, also through Case Western Reserve University, to become a Women’s Health Nurse Practitioner. She became board certified in 2016, and is licensed in the state of Wisconsin.

Carissa’s practice involves caring for women from adolescence onward. She has experience in both obstetric and gynecologic care. She manages pelvic floor disorders, incontinence, sexual health, routine gynecologic care, and other gynecologic concerns.

Carissa is a member of the Nurse Practitioners in Women’s Health.

Outside of the workplace, Carissa enjoys spending time with her friends and family. She also enjoys street photography, trying new restaurants and coffee shops, and exploring new hobbies.