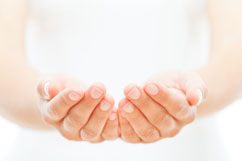 William J. Heitz was President and co-founder of Exacto Spring Corp. in Grafton, Wis. He died from colon cancer in 2000. Three years later, his wife, Sandy Heitz, was diagnosed with ovarian cancer. Following treatment, she has remained cancer-free but she, her children and extended family decided to take action that might someday help others touched by cancer.

“Ovarian cancer is rarely diagnosed as stage one. We were lucky with our mom, and that is why, after our mom’s treatments, we looked into supporting research,” said Stephanie Fleming, Treasurer of the William and Sandy Heitz Family Foundation and daughter of the couple. “The William and Sandy Heitz Family Foundation has been honored to support ovarian cancer research for several years at the Medical College of Wisconsin. We decided to establish a permanent fund to help the research program reach its goals. Whether this disease can be detected earlier, extend life after diagnosis or be cured, every step is a hopeful promise to women and their families.”

More than 22,000 women are diagnosed with ovarian cancer each year in the United States, and approximately 15,500 die from the disease. It is a cancer that is often diagnosed after it has already reached an advanced stage, which makes it particularly dangerous and prone to recurrence. 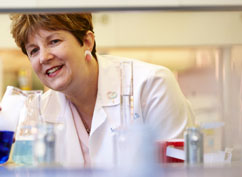 At MCW, Janet S. Rader, MD, the Jack A. and Elaine D. Klieger Professor and Chair of Obstetrics and Gynecology, and Director of the Women’s Health Research Program, has helped launch collaborative efforts to improve the effectiveness of ovarian cancer therapies through innovative research.

Through studies of genetic data, MCW investigators have begun to identify critical differences in the response of ovarian cancer cells to specific chemotherapy agents. Some of the differences are negative, and some are positive, so they may help determine which drugs or combination of drugs will work best for certain patients and circumstances.

“Most women who develop ovarian cancer, unfortunately, will have their cancer recur, even following successful primary treatment,” said MCW President and CEO John R. Raymond, Sr., MD. “A personalized medicine approach has the potential to give physicians clear direction on the best therapy to pursue based on the specific patient, rather than a one-size-fits-all approach.”

The researchers’ next steps involve testing their statistical model on tissue samples from patients with ovarian cancer who meet the requirements. Within the next year, faculty investigators intend to move toward development of a clinical trial that will help identify a genetic profile of ovarian cancer that would support more effective utilization of treatments when a patient experiences a recurrence of their cancer.