Dr. Jessica Francis Speaks to the Story on a Local Transgender Man Sharing his Story on Transitioning 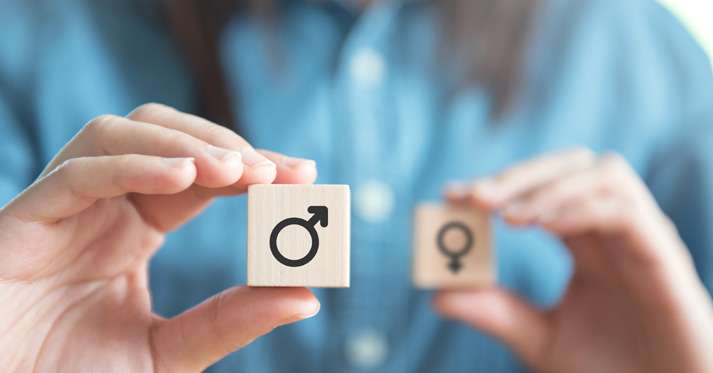 24 Apr Dr. Jessica Francis Speaks to the Story on a Local Transgender Man Sharing his Story on Transitioning

My baby sister Katie Zolo was born when I was 13 years old. Katie had big brown eyes and a cute smile. From the day she came home, her smile brightened my life. I made sure she was bathed and fed and even took her to cheerleading practice. Katie would see me walking home from school and shout out “Nera!” because she couldn’t pronounce my name.

When I started working I would take her out for meals and call it sister day.

As a child, Katie was a tomboy and when she got to high school she confided in me she was attracted to both females and males.

One day while looking on Facebook, my husband noticed Katie changed her name to James. At 19-years-old she announced she was transitioning to a male.

“I always felt this way for as long back as I can remember,” James Zolo said.

James said he wasn’t educated enough in the process. He thought the only way to become a different gender was to have a sexual reassignment surgery. James didn’t know about hormone replacement at that time.

“I thought it was never an option for me because surgery can be expensive and dangerous,” James said.

In high school, he started researching terms about being transgender.

What it Means to be Transgender 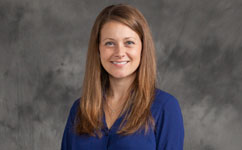 Dr. Jessica Francis is an obstetrician-gynecologist affiliated with Froedtert Hospital, Medical College of Wisconsin and Children’s Hospital of Wisconsin. Francis said a person who is transgender is a person whose gender identity differs from the sex assigned to them at birth.

Francis has seen patients in the clinic as young as 8-years-old and as old as over 60. She explained many older patients don’t transition until later in life because at some point in their lives they were probably told it was inappropriate or socially unacceptable and that they should hit some milestones first.

“I have had patients who said they discussed transitioning with their partner a long time ago and maybe they wanted to wait to transition until their children were grown and could explain it to them,” Francis said.

Francis also has heard from patients they wanted to wait until they retired from their jobs so they don’t have to go through a transition in the workplace.

She added some patients may have approached the idea when they were younger but were discouraged by how they thought their family members or acquaintances would react. They put it on the back burner until they felt empowered to transition.

For James, he wasn’t allowed to cut his hair short or wear boy’s clothing. He didn’t seek out a mental health professional until he was an adult.

Francis said she has seen more younger patients because being transgender is more commonly seen in the media now.

James feels that a growing presence of transgender people in the media is important.

“We don’t have representation in mainstream media like TV shows,” he said. “It is important to people to see characters they can relate to.”

Francis explained younger people have much more access to what it means to be transgender.

“Typically, when young people are coming in to see us with their parents, they are not necessarily coming because they want to have an intervention but want more information,” Francis said.

Francis explained most physicians won’t offer intervention right off the bat. The standard of care is that a patient should be established with a mental health care professional before pursuing any medical intervention.

This is not meant to be an obstructive process. Francis said people need a mental health care professional who has training in gender dysphoria so they can make the appropriate diagnosis.

James was happy and excited to start hormone replacement therapy. He was scared how people would react but was relieved it was mostly positive. However, he did deal with some hurtful comments from acquaintances or strangers. He was called gay when he first started transitioning because at the time his voice was higher. He was called a freak and sometimes “it.” But James admits others have had it much worse.

“When you differ from the norm, you are definitely a target. Especially if it’s a difference people don’t agree with,” James said.

The transgender population is at a significantly increased risk for all types of abuse, including physical and sexual, according to Francis. There are also increased risks of suicide attempts, homelessness and the inability to find medical care.

She explained a concern in the community is to make sure patients have the social and medical support needed to be healthy. Francis said more is needed to be better at meeting those needs.

A hot-button topic is which public bathrooms transgender people should use. James explained some people consider themselves to be non-binary gender, not relating as male or female.
“They need a special place because they can’t be categorized,” he said.
James said it is not only transgender people who are being picked on but also people who are cis gender (those whose gender identities match the sex they were born with).

“I have a friend who is not trans but just looks a bit boyish. She went into the women’s restroom and was told she was in the wrong place,” James said.

Francis explained it is important for school administrations to be aware and sensitive. She described using the bathroom as something simple people take for granted. Francis said if children see how the issue is handled from the top down, they will take their cue from it, hopefully being more accepting.

James hopes for more inclusion in schools, such as adding a segment on transgender issues to health class. He said it is hostile and uncomfortable to be seen as trans openly. There is no hiding it, and people need space, he remarked.

James used the example of gym class and how males and females are split up. He posed the question: What if you don’t fall in line? Where do you go?

James thinks transitioning is difficult no matter what the person’s age. For younger kids, their parents face backlash such as being told they are sick or brainwashing their children.

For high school kids, James said children are told they are just doing it for attention or it is a fad.

Francis explained it is important to promote an attitude of acceptance and inclusion.

She said children are exposed to violence and bullying. Therefore, at home, it is crucial for them to be taught about inclusion to keep everyone safe.

Supporting your Loved One

James pointed out it is not solely a transition for one person, but for everyone. He said a parent or friend is not losing the person who is transitioning.

“They are becoming more themselves now than they ever were before,” he said.

As a transgender individual, James understands how difficult it is for a loved one to switch names. Using the correct pronouns and names is an effort on everyone’s part.

“When I first transitioned, I even messed up and called myself the wrong name. There needs to be patience on both ends,” he said.

Francis said patients will put down a preferred name or she will at first call them by their last name and discuss how they want to be addressed.

James suggested if someone does use the wrong name, simply apologize and move on.

His advice for parents is to keep telling their children a friend who is transitioning is becoming more whole and to be supportive.

“They are going through a tough time. Understanding, patience and supporting how they want to be referred is important for their mental health,” James said.

Now at age 26, James is busy working and living life to the fullest in West Allis. While we don’t have sister day, I cherish the time when we can make fun of each other and act silly with the rest of the family.