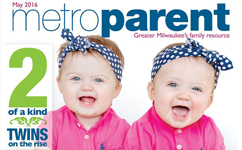 Nearly one year ago, Lee and Kate Coffey’s world changed when they welcomed fraternal twin girls, Claire and Olivia.

Like most new parents, the couple’s foray into parenthood was terrifying and exciting.

“It is by far the most amazing thing we’ve ever been able to do in our lives,” Kate Coffey said.

But when their girls were born, the couple, who recently relocated from Oak Creek to the Fox Valley region, also became part of a record-breaking trend in childbirth: Having twins.

The number of twins born nationwide in 2014 set a record at 33.9 per 1,000 births or nearly 3.39 percent, according to the Centers for Disease Control and Prevention.

Wisconsin saw similar rates that year. Of 67,119 births recorded by the Wisconsin Department of Health Services, 2,292 — or just above 3.4 percent — were multiples. The highest rate for southeast Wisconsin was in 2012 at just more than 3.8 percent.

A look at birth data going back to 1989 reveals that the multiple birth rate for southeast Wisconsin first broke 3 percent in 1999, with the state rate following in 2000. Since then, multiple births have remained at or above 3 percent.

Experts point to the rise in age for first-time mothers and the increase in assisted reproductive technologies.

“There are two trends that definitely impact the twin birth rate, and certainly I think we see both of them at Columbia St. Mary’s,” said Dr. Allison Ring, an obstetrician and gynecologist at the Columbia St. Mary’s Milwaukee campus. “One of those is women who are having babies are now older, and age does impact the risk of having a twin pregnancy.”

Researchers have found that women over the age of 35 produce more follicle stimulating hormones, which may cause more eggs to drop during ovulation, according to a report in the journal Human Reproduction.

In Wisconsin, birth rates among women 30-44 have consistently increased since 1990.

“The other factor certainly is advanced reproductive technologies, and as that is being utilized more and more, certainly that impacts the increased rate of twins,” Ring said.

About 7.4 million women have received some sort of infertility treatment in their lifetimes, according to a 2006-2010 study by the CDC. Today, about 1.6 percent of babies born in the United States are conceived using assisted reproductive technologies. 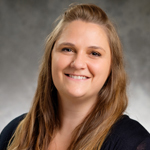 “Whereas people used to try for a year or two before they sought treatment, I think the trend is now, once you’re even hitting 35, if you’ve been trying for six months, the recommendation is to come to see a fertility specialist. That recommendation to see us earlier is definitely apparent now,” said Dr. Jayme Bosler, an obstetrician and gynecologist and an assistant professor for the Medical College of Wisconsin’s Division of Reproductive Endocrinology and Infertility.

A journey through infertility treatments

For the Coffey family, the journey to having Olivia and Claire was far from easy.

“I think when you think about it in your mind before you start trying, you just assume it’s not going to be difficult,” said Kate Coffey.

After about six months of trying without getting pregnant, the Coffeys, both 27 at the time, became slightly concerned. Kate’s doctor advised them not to worry until they had been trying for at least a year, but after about nine months, Coffey, a registered nurse, decided to find a new doctor who was receptive to running infertility screening tests.

The most common causes of infertility for patients going through in vitro fertilization at the Medical College of Wisconsin, Bosler said, include male factor infertility at 27 percent, diminished ovarian reserve at about 18 percent and unexplained infertility at about 15 percent – which is how the Coffey’s infertility was labeled.

Generally, doctors recommend trying an infertility treatment after one year of regular, unprotected sex that does not result in a pregnancy and usually only if the women is 35 or older.

Coffey’s doctor referred the couple to a reproductive endocrinologist at Froedtert & the Medical College of Wisconsin. And after additional testing, “he thought that we would benefit from assisted reproductive technologies,” Coffey said.

The couple explored less invasive, less expensive treatment options to start out with, using oral medications in conjunction with IUI or intrauterine insemination – a procedure that bypasses the cervix and places sperm directly into a woman’s uterus around the time of ovulation.

With some cases of infertility, a provider might start treatment with oral or injectable medications and/or IUI before recommending in vitro fertilization or IVF, said Dr. Aida Shanti, medical director of Aurora Fertility Services.

But in other cases, such as a woman with decreased ovarian reserve or decreased ovarian function, it makes more sense to dive directly into IVF, a method of assisted reproduction in which a man’s sperm and a woman’s eggs are combined outside of the body in a laboratory dish. One or more fertilized eggs, known as embryos, may be transferred into the woman’s uterus, where they may implant in the uterine lining and develop.

While the couple did not initially expect to use IVF, Coffey said, after three rounds of IUI with no success and at the advice of their doctor, they decided to pursue the option.

“He thought we were great candidates for it; he was very confident it was going to work,” Coffey said.

The process of IVF included six weeks of birth control, followed by about 12 days of injectable medications to stimulate egg development, with ultrasounds and blood draws every other day to monitor the progress. At the end of the process, based on the advice of their doctors, the Coffeys settled on transferring just one embryo.

Many doctors advocate transferring only one because of the higher risk associated with multiples. For the woman, this includes the possibility of diabetes and high blood pressure, increased risk of a cesarean delivery and increased risk of bed rest.

For the babies, risks include preterm birth. About 60 percent of twins are born preterm or at less than 37 weeks gestation, Bosler said, which can increase the likelihood of the babies experiencing complications, such as bleeding in the brain, gastrointestinal system infections or respiratory distress.

Still, considering of the cost involved with IVF – about $12,400 per cycle according to the American Society for Reproductive Medicine – and the fact that insurance companies in Wisconsin do not typically cover the treatment, there is a common mentality among patients that, “I’m paying all this money and I want to get the highest outcome by picking two embryos,” Shanti said.

As a way to address that concern and encourage patients to transfer a single embryo, the Medical College of Wisconsin and Aurora each have created packages for patients that include various options, such as in vitro fertilization along with embryo biopsy for pre-implantation genetic screening and a frozen embryo cycle.

For the Coffeys, the single-embryo transfer did not result in a successful pregnancy. The couple then pursued a second IVF cycle and decided to transfer two embryos, knowing that if Kate were to get pregnant, there was about a 50 percent chance it would be twins.

“That was something we talked about a lot,” she said. “But coming from a place where you’re trying so hard to get pregnant, twins seemed like a great result. We always knew we wanted more than one child, so for us to think we could potentially have two children with just one attempt of the IVF, that seemed like a good option to us.”

A little more than a week after the transfer and after several positive at-home pregnancy tests, Coffey requested to move up her lab appointment. Her initial test results were positive, and a subsequent test two days later revealed that her pregnancy hormone levels had increased dramatically.

“When we went in for the ultrasound, I had a very strong feeling that it was going to be twins. And then when he put it up on the screen, I could see it right away,” Coffey said. “We were just thrilled.”

As expected, “Having a twin pregnancy was definitely complicated,” Coffey said, describing her experience with hyperemesis, a complication of pregnancy characterized by severe nausea and vomiting, as well as issues with her gall bladder and a bad case of the flu that put her in the hospital at 24 weeks and subsequently on bed rest.

But at 36 weeks, weighing in at 6 pounds 8 ounces and 6 pounds 11 ounces, “The girls were born healthy. They came to my room immediately. They came home with us when I was discharged, so we were very, very lucky everything worked out great,” Coffey said.

Greenfield mom Gretchen Fleurant, who at the age of 34 gave birth to naturally-conceived, fraternal twins, Scarlett and Jackson, now 10, had a similar birth experience with her pregnancy.

Despite dealing with nausea during the first 21 weeks of her pregnancy, experiencing early contractions and going into labor at about 34 weeks, the twins were both born healthy at about 6 pounds, she said.

“There’s just such different monitoring for a twin pregnancy, especially depending on what kind of twins you have,” she said. “Because my twins were identical, that means they shared a placenta, so there’s a lot of risks with that, so I needed to get monitored a lot. I had ultrasounds at some points twice a week.”

Shann Eva, whose twins also were conceived naturally, was put on bed rest at 24 weeks. She faced complications from twin-to-twin transfusion syndrome, or TTTS, and selective intrauterine growth restriction. Just before 26 weeks, she underwent an emergency cesarean section when the heart rate of her smaller twin, Penn, dropped and wouldn’t come back up.

Today, the boys are healthy and will be starting preschool in the fall. As this year’s March of Dimes Ambassador Family, Shann Eva and her family led the March for Babies on April 30 in Milwaukee. She also spreads awareness about TTTS and premature birth on her blog, shanneva.com, and as the current president of the Waukesha Moms with Twins Club.

Shann Eva, Fleurant and Coffey agree that their best advice for moms who are expecting twins is to seek support from family and those who have been in similar situations.

The same applies for couples who may be dealing with infertility issues, Coffey said.

“I’ve been very surprised by the number of people that reached out to me because they know we had twins or they’ve heard that we used IVF and they had a lot of questions,” she said. “We’ve never been shy about (the fact) that we used fertility treatment. It’s a sensitive subject, so I understand why some people are more private about it than others. But I think there seems to sometimes be a stigma to it, and I just don’t think there should be.”

Article in May 2016 issue of MetroParent Magazine