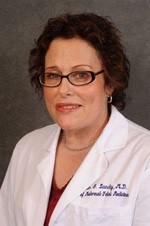 Helain Landy received her medical degree from Northwestern University in Chicago, IL. She completed her Ob/Gyn residency at Pennsylvania Hospital in Philadelphia, PA and her Maternal-Fetal Medicine fellowship at George Washington University Medical Center in Washington, DC. After serving as an attending physician at GW, she relocated to South Florida and joined the faculty at the University of Miami in 1991. In 1995, she returned to DC and rejoined the faculty at GW until she was recruited to Georgetown in 1997. She was the MFM Fellowship Program Director from 1999-2009 and has been the Chair of the Ob/Gyn Department since 2003. She was the first (and thus far, only) female clinical chair at GUMC.

Her clinical areas of expertise include multiple gestations, pregnancy loss, medical complications of pregnancy, obstetric sonography, and cervical insufficiency. She has had given many presentations at various meetings and has published many peer-reviewed articles. She has served as teacher and mentor for medical students, residents and fellows and has received several teaching awards. She has been an oral examiner for the American Board of Obstetricians and Gynecologists since 1997.

She is a professor emerita of surgery and medical education at Northwestern University Feinberg School of Medicine and the former vice chair of education in the department of surgery. With a doctoral degree in education, she has been a surgical education specialist for more than 30 years. She has dedicated the majority of that time to developing and delivering faculty development programs, pursuing educational research, and consulting with clinical departments and professional societies.

Her research interests focus on learning, teaching and assessing in the operating room, technical skills acquisition, and curriculum and instructional design. Dr. DaRosa serves on the editorial board of Academic Medicine and the Journal of Graduate Medical Education. She has published more than 100 peer-reviewed abstracts, papers, and book chapters.
She serves as Course Director for the highly subscribed American College of Surgeons’ six-day Surgeons as Educators course and faculty on their Residents as Teachers and Leaders program. She teaches several annual faculty and resident teacher development programs for the Association of Professors in Gynecology and Obstetrics and the Council on Resident Education in Obstetrics and Gynecology.

She has also presented her research and faculty development programs at regional, national, and international forums. 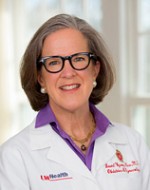 Dr. Laurel W. Rice is chair of the Department of Obstetrics and Gynecology and a professor in the Division of Gynecology Oncology at the University of Wisconsin-Madison School of Medicine and Public Health.

Dr. Rice attended college and medical school at the University of Colorado. She completed her residency in Obstetrics and Gynecology, as well as a Fellowship in Gynecologic Oncology, at the Brigham and Women’s Hospital, an affiliate of Harvard Medical School, in Boston, MA. After four years on the faculty of Massachusetts General Hospital, the University of Virginia (UVA) recruited her to the Department of Obstetrics and Gynecology. During her 14 years at UVA, Dr. Rice was appointed Division Chief of Gynecologic Oncology, established a Fellowship in Gynecologic Oncology, and served as Vice Chair of the Department of OBGYN.

Nationally recognized as an expert in the care of women with gynecologic malignancies, Dr. Rice has published extensively in her field. Her research focuses on hormones and human malignancies, specifically endometrial carcinoma. She has lectured extensively throughout the United States. 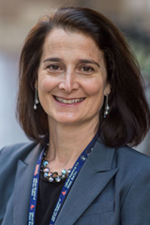 Hope Ricciotti, M.D., is an Associate Professor of Obstetrics, Gynecology, and Reproductive Biology at Harvard Medical School and practices obstetrics and gynecology at Beth Israel Deaconess Medical Center in Boston. She is a contributor to many magazines and is co-author of several cookbooks and women’s health textbooks. Dr. Ricciotti oversees residency education in obstetrics, gynecology, and women’s health at Harvard Medical School. Her other research projects include evaluating innovative methods of medical education, and simulation for training medical students and residents.

Dr. Ricciotti is dedicated to educating the public and the Chair of the Medical Advisory Panel for You and Your Family Magazine and youandyourfamily.com. Her special interests include providing obstetrical care, contraception, cervical cancer prevention, and well-woman care for all phases of the lifecycle. In addition, she has special expertise in reproductive health, nutrition, and management of menopause. 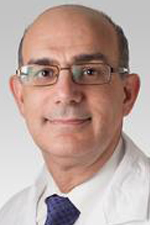 As Chief of Gynecology and Gynecologic Surgery, he performs advanced minimally invasive surgeries including laparoscopy, hysteroscopy for conditions of endometriosis, fibroids, adhesions, tubal disease and ovarian cysts. He also performs laparoscopic total and subtotal hysterectomy, myomectomy, cystectomy and hysteroscopic removal of fibroids and adhesions. He has developed expertise in the area of vaginal agenesis and other Mullarian anomalies. 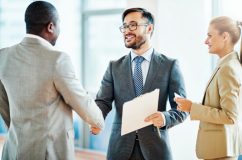 Featured Speaker: Lee A. Learman, MD, PhD – Alternatives to Hysterectomy for Noncancerous Uterine Conditions: What does the evidence tell us? 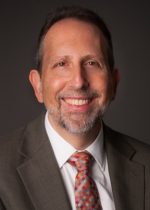 Lee A. Learman, MD, PhD, has been Senior Associate Dean for Graduate Medical Education and Academic Affairs since October 12, 2015 at the Charles E. Schmidt College of Medicine, Florida Atlantic University (FAU). He is the Designated Institutional Official who is responsible for all residency and fellowship programs sponsored by the college as well as the recruitment of founding program directors for planned GME programs. The Academic Affairs role will comprise development and execution of College’s faculty development strategy, leadership for medical education scholarship and ongoing accreditation with LCME standards.

Dr. Learman comes to FAU from Indiana University, where he has served as the Clarence E. Ehrlich Professor and Chair of the Department of Obstetrics and Gynecology since 2008. He received his MD and a PhD in Social Psychology at Harvard Medical School in a program supported by the MacArthur Foundation to create a cadre of physician-social scientists in academic medicine. After completing his OBGYN residency at UCLA, Learman spent 14 years on the faculty at the UC San Francisco, where he was a Professor of Obstetrics, Gynecology, and Reproductive Sciences, Professor of Epidemiology and Biostatistics, OBGYN Residency Program Director, Director of Curricular Affairs for the Office of Graduate Medical Education, and Chair of the Scholarship Committee for the UCSF Academy of Medical Educators. 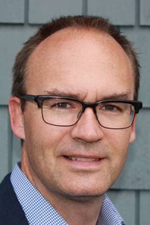 Dr. Nelson’s principal research interests are the development and study of enhanced recovery protocols in cancer surgery and interventions to improve HPV vaccination in First Nations populations. He holds the position of Surgical Lead, ERAS Alberta and he also leads the international group that published the ERAS® Guidelines for Gynecologic/Oncology Surgery. Recently he has been appointed the Secretary of the ERAS® Society Executive Committee based in Sweden. He leads the EHVINA study – Enhancing HPV Vaccination In First Nations Populations in Alberta – a $1,250,000 project funded by Alberta Innovates/Alberta Cancer Prevention Legacy Fund.

Dr. Nelson has over 100 peer-reviewed publications and has presented numerous times internationally. He currently serves on the Editorial Board of the International Journal of Gynecological Cancer.