We have multiple faculty who will be presenting their research posters at MCW’s 2017 Innovations in Medical Education Conference.

The Medical College of Wisconsin invites the public to attend the Women in Science (WIS) Series. Women in Science is an opportunity to meet outstanding female scientists and physicians and learn about their cutting-edge research.

The Women in Science Series is a membership program with five enlightening presentations, in lay language, designed to draw attention to scientific research projects at MCW as well as generate support for female scientists who serve as role models and mentors.

The successful WIS Series has been going strong since 2007.

Dr. Denise Uyar has been chosen by the Women in Science Advisory Committee for her recent research about HPV Vaccinations and Women’s Health. 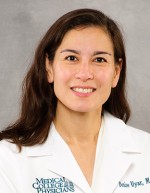 Dr. Denise Uyar joined the Department of Obstetrics and Gynecology in the Division of Gynecology Oncology at the Medical College of Wisconsin in October of 2004. She received her Doctor of Medicine from the University of Vermont in 1997. She subsequently went on to complete her residency in Obstetrics and Gynecology at the University of Vermont, Fletcher Allen Hospital in Burlington. After her four year residency, she continued her training in the subspecialty of Gynecology Oncology. Dr. Uyar completed a three year fellowship in Gynecology Oncology at The Cleveland Clinic.
Dr. Uyar’s clinical practice includes the care of women with gynecologic malignancies including uterine, cervical, ovarian primary peritoneal, fallopian tube, vulvar and vaginal malignancies and gestational trophoblastic disease. She performs the surgery, the post-operative therapy if indicated, and the follow up surveillance of women in her practice. In addition, she is also interested in the treatment of women who have been diagnosed with pelvic masses, pre-cancerous lesions of the cervix, vulva, vagina or uterus, as well as cancer screening and prevention. She is trained and has expertise in the administration of chemotherapy for gynecologic malignancies, including intraperitoneal chemotherapy for ovarian malignancy. She has extensive expertise in minimally invasive surgery including general laparoscopy and robotic assisted laparoscopy.

The Council for Women’s Advocacy and the Center for AWSM are hosting Dr. Kate Dielentheis and Dr. Mona Farez for a presentation on work-life balance: “Say Yes By Saying No”.

Please join us for CTSI’s next Science Cafe – an educational discussion led by Dr. Denise Uyar about the significant role that viruses, such as the human papillomavirus, play in the development and spread of specific cancers. We will also discuss screenings and prevention for specific cancers.

The May topic will be Examining the Link Between Human Papillomavirus (HPV) and Cervical Cancer. The discussion will be led by Denise Uyar, MD, associate professor of obstetrics and gynecology in the Froedtert & the Medical College of Wisconsin Cancer Center. The presentation will be followed by a community conversation on topic.

CTSI Science Café is free and open to the public by registering here. Light refreshments will be served. 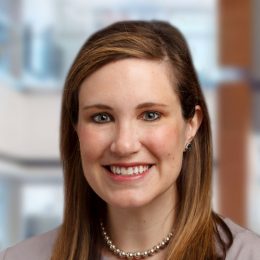 Please join us virtually. This talk will detail what constitutes a significant family history along with discussion of genetic testing. The talk will also touch on management of hereditary cancer syndromes, such as Lynch syndrome and BRCA.

Register online through the link to Froedtert’s classes and events below.